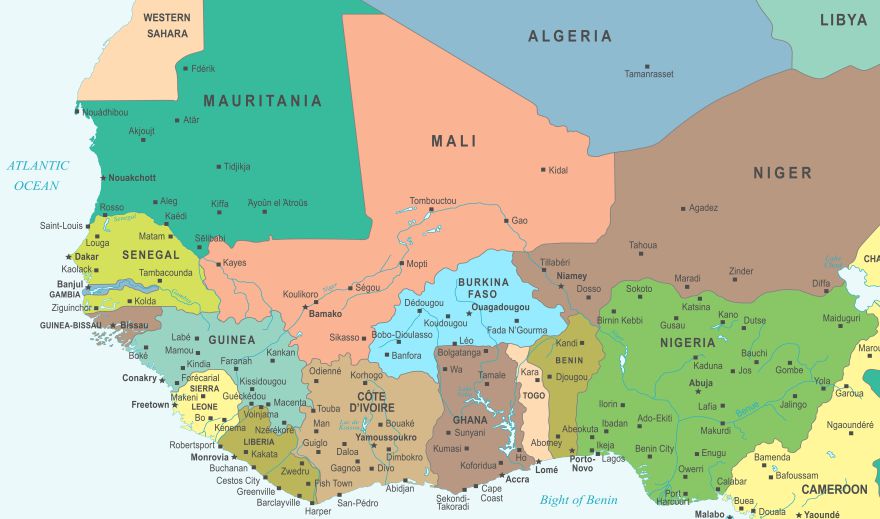 According to the World Bank, the area of West Africa is developing due to its resource-rich countries and the investments to extract and export these resources. However challenges still remain because of persistent gaps in education, health and skills.

In some areas the Christians face discrimination for education, employment, or access to economic or social opportunities in general.  Since 2008 Y4k was involved in the support of local Christian communities.  A special case in this region is Guinea Bissau, considered by most to be among the three poorest countries in Africa.

Souls are coming to the Lord as a result of the material that was brought into the area during one of the trips.  We have news that MBB (Muslim Background Believers) Christians and Muslims are hearing the Word of God through the DVD players, MP3 players, Christian Books, and Bibles that were recently brought in their country.  An imam (Muslim teacher) after watching the “Jesus” film exclaimed “this is the truth that every Muslim must hear.  I will make sure that every person in my mosque (Muslim church building) will see this truth”.  Many Muslims are hungry for the Truth but are spiritually oppressed by the  Islam.  Continue to pray for the veil to be lifted off of the eyes of Muslims to see the Truth.  To see that the Truth is a person and His name is Jesus (John 14:6).  “The biggest problem with the DVD players is that we don’t have enough”, said one of the workers.

Due to the volatile conditions in many areas we are limited in the disclosure of all our activities.